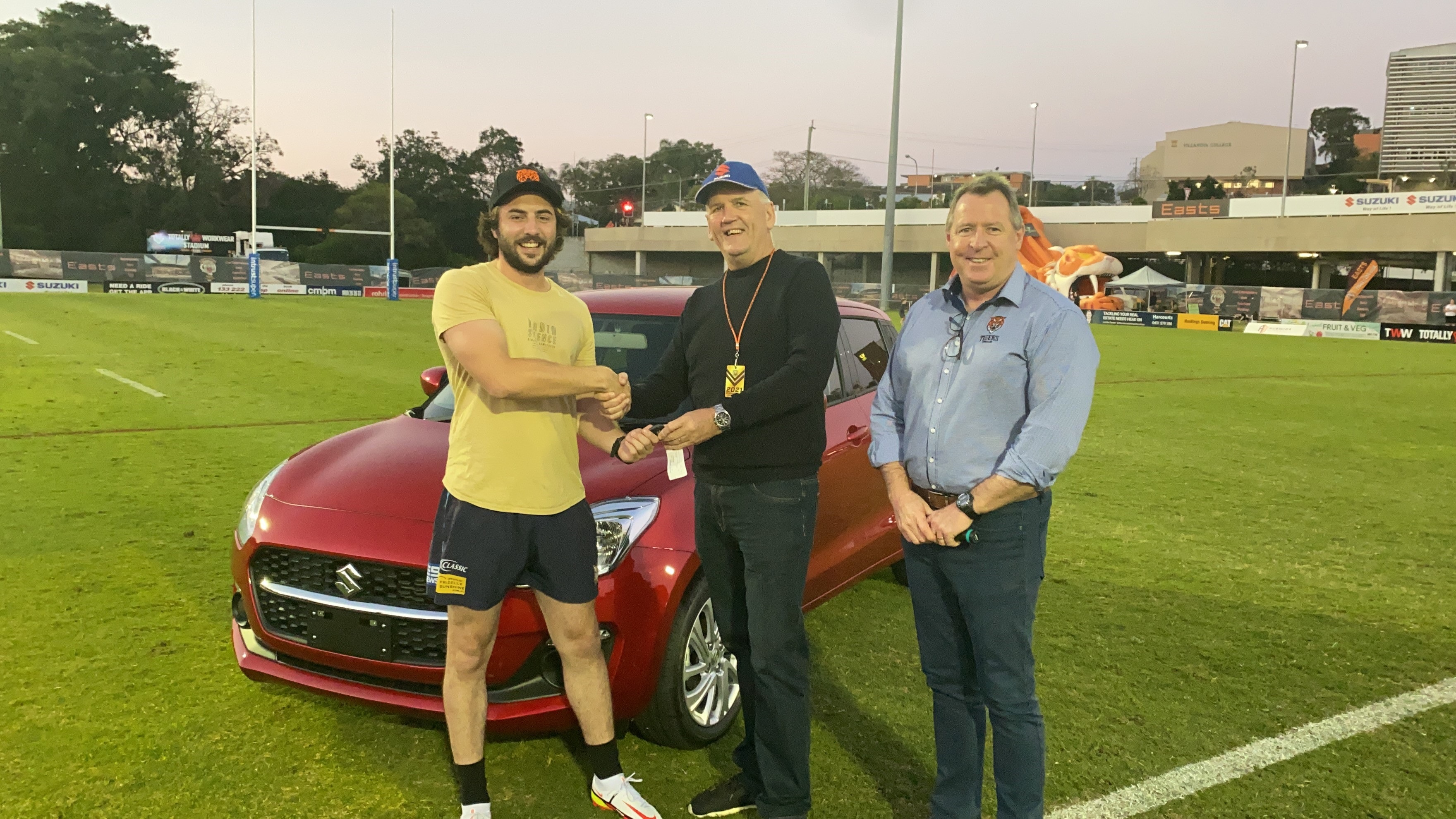 As footy fever reaches its peak point for the year, Adrian Ives already is a winner having Swiftly booted a 50-metre, $23,273 goal on the Eastern Suburbs Tigers’ home-ground at Coorparoo, Brisbane.

Adrian walked to the ground from his nearby home with a few mates to watch the Tigers’ final game of the season.

But a successful 20 metre kick at goal on an angle, followed by the absolute pearler from 50 metres out, meant he drove home that night in a new Suzuki Swift provided by Tigers sponsor, Suzuki Queensland.

Throughout the season, the Tigers ran a Suzuki Kick competition where three contestants were picked at random, to attempt a kick at goal at each home game.

Three heat winners went through to the final home game to have a chance to win the Swift.

The contestants were informed on Saturday morning they would be doing a 20-metre kick and continue until a winner was determined. That winner would then kick from 50m for the chance to win the car.

One of the heat winners withdrew - he believed the 50m task was unachievable – clearly not!

But on hearing he would be one of the final three contestants, Adrian took the winner’s approach. He headed straight to a footy ground at nearby Camp Hill where he tried to regain the skills he learned in his time many years before as the fullback for Iona College.

For three hours, he missed goal after goal, but nonetheless, still headed off to Tigerland for the big event.

But then the big moment, and like a kid with a dream to win the match on the final siren, Adrian not only booted a winner, but appeared to do it with all the skill and poise of an NRL great.

“I took the kick, looked up and I couldn’t believe it. And I did it in front of my mates and my girlfriend,” Adrian said.